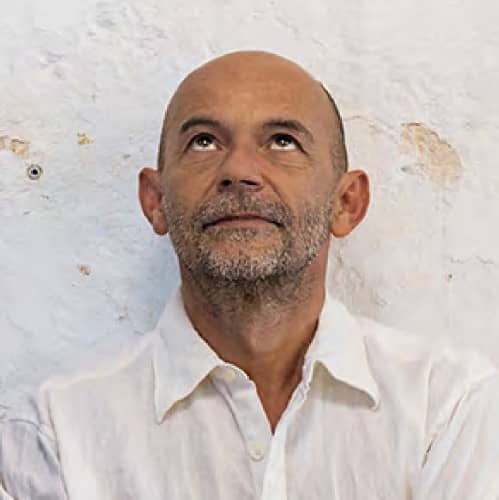 Born in the wonderful seaside village of Polignano a Mare, in the province of Bari, Peppino Campanella moved to Florence, where he graduated in architecture in 1988.
Back in his native village, he started creating lamps as if in a wonderful game, by assembling stones, shells, metals and glass shards. Glass, in particular, inspired his creativity, leading him to experiment and explore luminescent effects with a strong visual impact. His lamps, in fact, are not designed to shed light but, rather, to create an atmosphere, by evoking the colours of the sea and the sky, of dawn and sunset, through glass.
In his Polignano atelier overlooking the sea, he showcases, along with his own creations, works and furnishing elements by other artists, thus transforming his own work space into a real wunderkammer.
Far from critics and the art market, Peppino Campanella owes his fame exclusively to his passion for his work and to steadfast self-promotion. His lamps are well-known across the world and showcased in the most exclusive exhibitions. They have also appeared in several Italian plays and films. 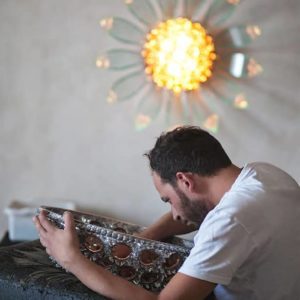 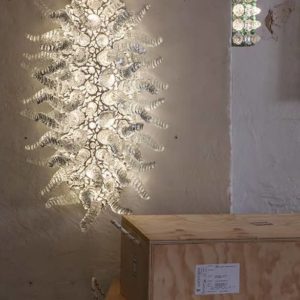 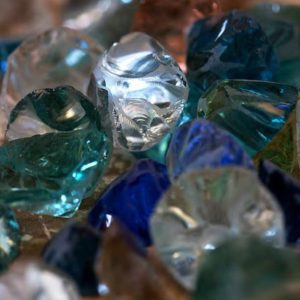