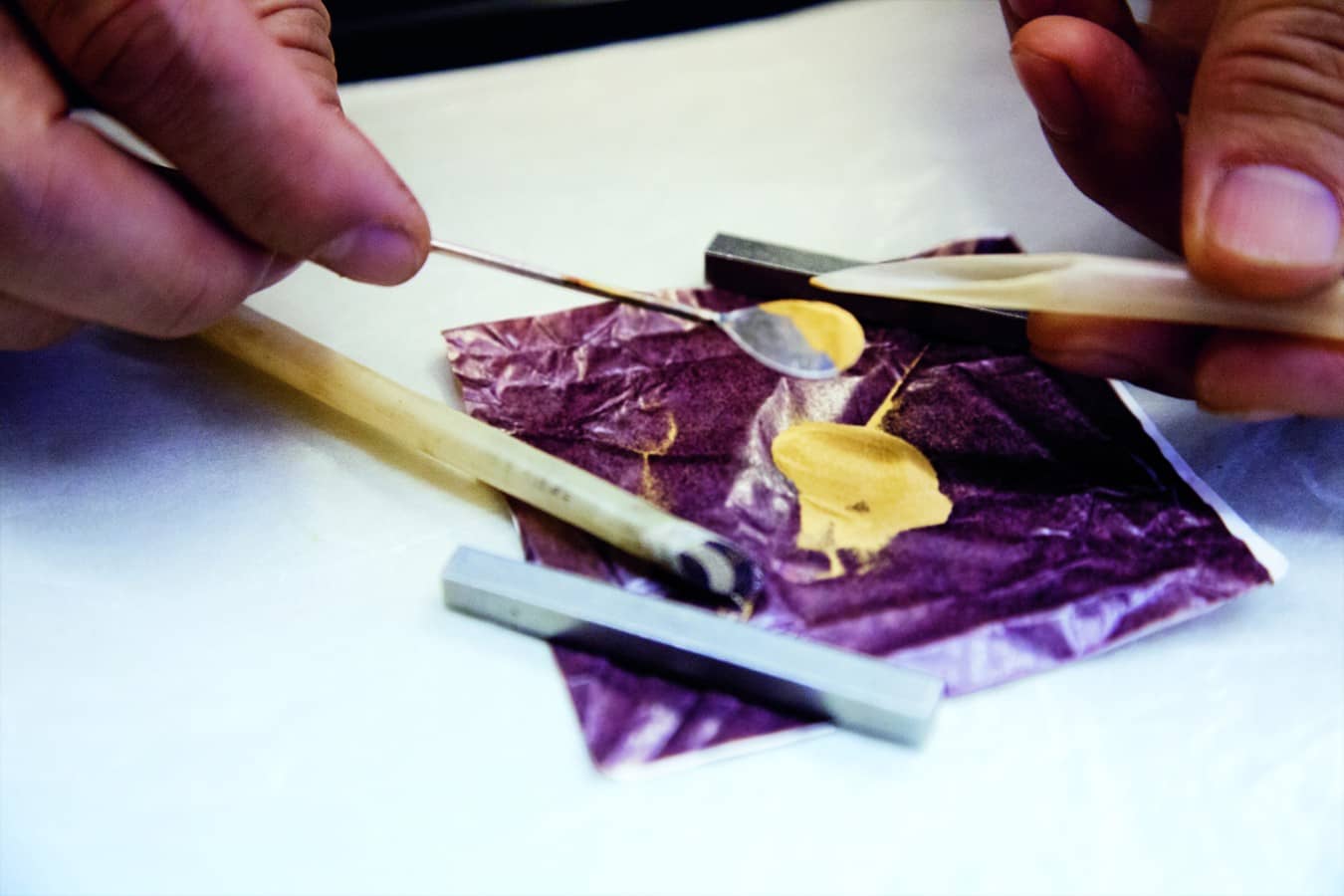 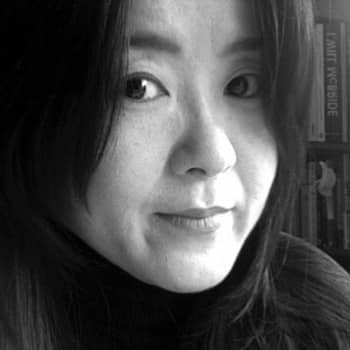 A heritage of culture and beauty

Japan was the first country to pass a law for the protection of cultural properties, great masters like Kazumi Murose

In Japan, tradition is as important as progress: one cannot exist without the other. Japan was the first country in the world to build an entire railway network dedicated to the Shinkansen, the famous “bullet trains” that whizz incessantly between bustling futuristic cities. In these cities, hundreds of department stores still dedicate entire floors to kimonos and traditional Japanese craft products. The Kabuki theatre and Sumo wrestling are still very popular in the cradle of modern technology. The origin of Manga is older and nobler than anything a passionate Western reader could imagine. In fact, the history of Japan is as committed to the development of advanced digital technology as it is to the conservation of Ukiyo-e, their traditional woodblock printing technique.

In Japan, the old and the ancient also represent wisdom, not only tradition. In 1950, the Japanese government passed the Law for the Protection of Cultural Properties: this law acknowledges the intangible value of living culture and compares it to that of monuments, sites and artefacts. This is how Japan first created the institution of ”Preservers of Important Intangible Cultural Properties”, more commonly known as Living National Treasures (Ningen Kokuho in Japanese). This institution regroups people with supreme expertise and special artistic skills and techniques (Waza in Japanese) in performing Japanese arts and crafts. The Living National Treasures are officially designated and protected by Japan’s Ministry of Education, Culture, Sports, Science and Technology through its Agency for Cultural Affairs. The government also supports every member with an annual grant of two million yen. Up to a total of 116 Living National Treasures can be ordained by law: at this moment there are 114. The two categories, arts and crafts, are organised into a number of specific subcategories. Performing arts include Nohgaku (classical musical drama), Gagaku (ancient imperial court music and dances), Bunraku (puppet theatre), Kabuki (traditional musical drama performed only by male actors), Kumi Odori (a narrative dance), Engei (storytelling), Music and Dance. “Crafts” refers to Ceramics, Textiles, Urushi (Japanese natural lacquer work), Metalwork, Woodwork, Doll making, Papermaking.

Kazumi Murose, master of the Urushi art, is a Living National Treasure. He was designated as an important intangible cultural property for the “Maki-e” technique in 2008. Murose is very committed to preserving this traditional craftsmanship. He explains that Urushi is the name of the sap of the Urushi tree. The tree is becoming more and more rare, just like the artists that have mastered this ancient and delicate craft. Murose prefers this art to be known as Urushi, because the English term “lacquerware” is reductive: Urushi refers to something alive, strong and beautiful. Kazumi Murose learned the technique from his father, who was also an Urushi artist. Murose graduated with an M.A. from the Fine Arts Research Department at Tokyo University of the Arts, specialising in Urushi Arts.

Kazumi Murose says that the source of his passion is Urushi itself. He has dedicated all his life to Urushi, captivated by its charm, seeking to make it come alive, and desiring to show people its beauty and peculiarities. He is most concerned about how to pass on his Waza to future generations. According to him, his principal difficulty lies in the lack of time: he is dedicated to restoration activities during the day and creative activities in the evening. However, Murose says he would be able to go without sleep, just to keep making and working with Urushi, which is the source of all his happiness. 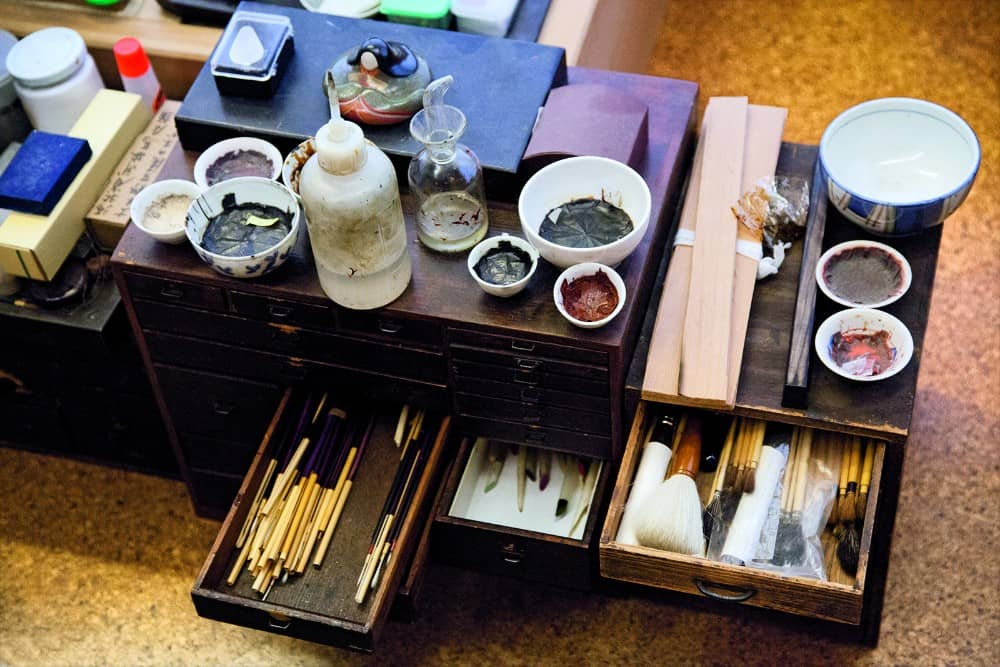 When he turned forty, in 1991, he established the Mejiro Institute of Urushi Conservation in order to preserve this cultural property and to convey the art to future generations. He believes that learning through restoration is a great way to study: it is a way to see beautiful antiques from a modern point of view.  According to Kazumi Murose people tend to think of tradition as a simple matter of transferring old doctrines. In fact, every period of the past has given birth to creative designs, which have survived to the present day. Restoration works combine old techniques with the creativity and design of each era. The many cultural properties of Japan can teach an infinite amount of things from hundreds of years ago. Murose believes you can learn more and faster from the lessons of the past, assimilating skills in an enjoyable way while conveying wisdom to new generations. “It is important not to mimic old expressions. We should add new design, new energy and new creativity to old things, which is the essence of Japanese tradition. Urushi is a living art that has existed for more than 900 years. When you restore a thousand-year-old artefact, you can see the progress of technology through Urushi. From specimens of each era, Urushi shows the work that has not been transmitted, the technology, the materials and so forth. It is a silent teacher. What you get from it is infinite. It is also great fun.”

The art that he learns through restorations also inspires Murose. “When I create my pieces, my aim is always to make people happy. I want people to touch my work. Instead of just expressing one’s own self-assertion, art should satisfy and give joy to both artists and public. I think this is the true meaning of art in the 21st century.” Murose’s style is characterised by the artful representation of the movement of wind and water and the sense of movement of air.

Murose also believes that art can lead to peace. He says gently and firmly: “Urushi is Strength and Beauty. The traditional value of Japanese art never changes. Creation and design are always free, and even into the future, new styles can blend with tradition. To pass this on, I keep touching Urushi.” 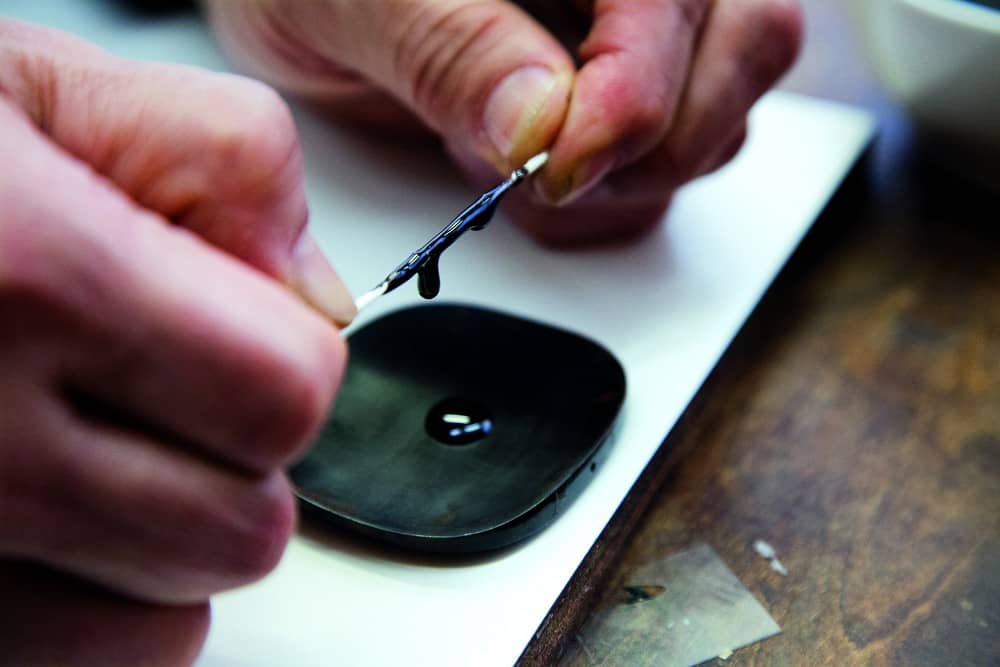