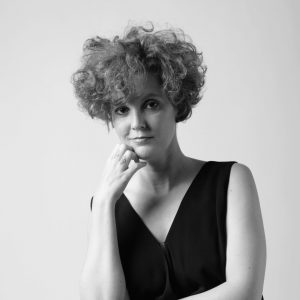 Serena Confalonieri was born in 1980. She is an independent designer and art director who lives and works in Milan.
After her master’s degree in Interior Design, she began to work as an assistant professor at the Politecnico di Milano, as well as to collaborate with important design firms in Barcelona, Berlin and Milan.
She has been working in the field of graphics, textile and product design for years, in collaboration with different Italian and international companies, and she has been developing projects of interior design.
Her works have been published on the most important design magazines, such as Wallpaper, Elle Decor, Ottagono, Interni, as well as on The New York Times, L’Officiel and Corriere della Sera. She was awarded with the honourable mention at the Young & Design Awards in 2014 and at the German Design Awards in 2016.
Her projects have been exhibited in important venues, such as Triennale Design Museum and Rossana Orlandi Gallery. She is often invited to participate as a speaker in important workshops and conferences on design in Portugal, the United States and Mexico.