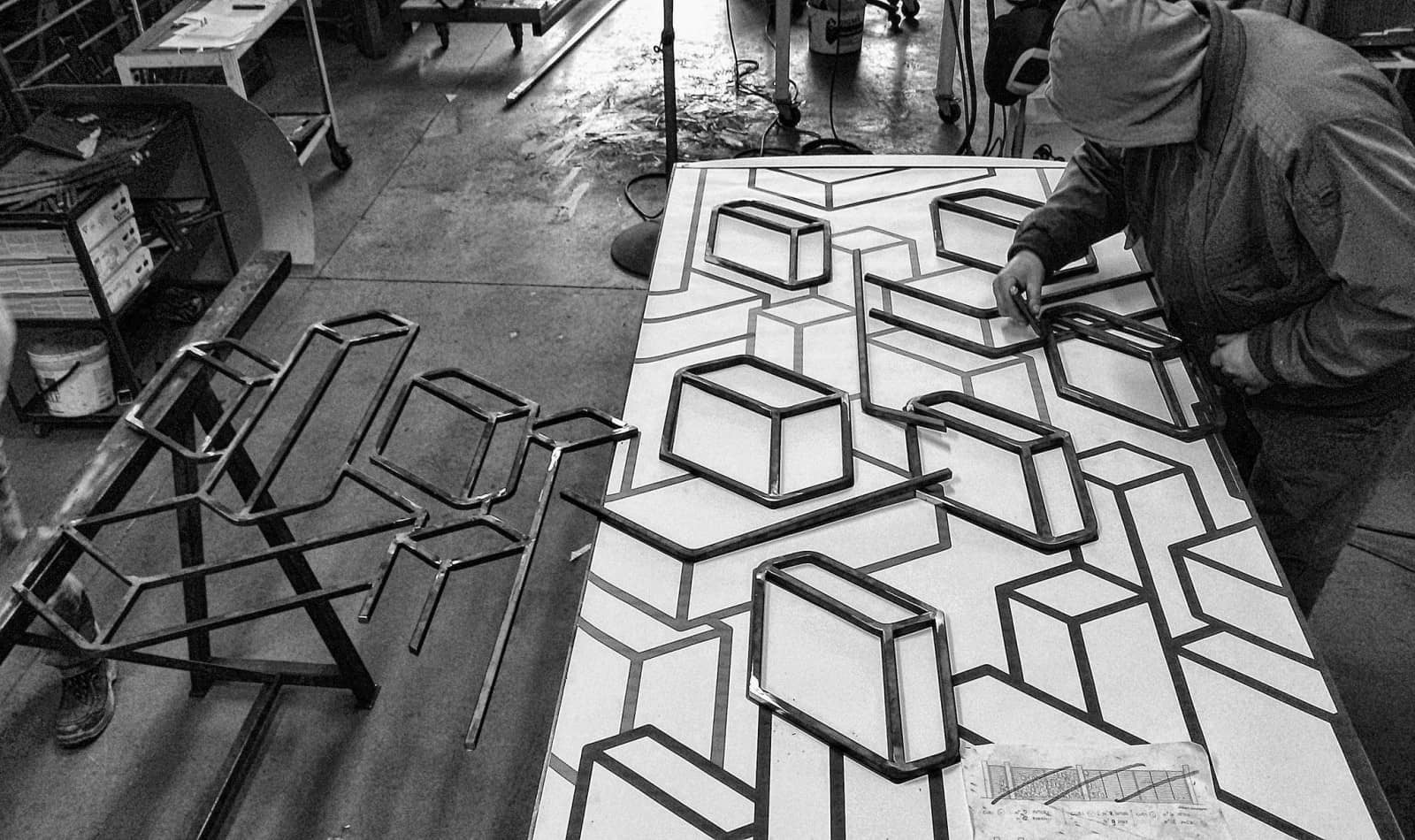 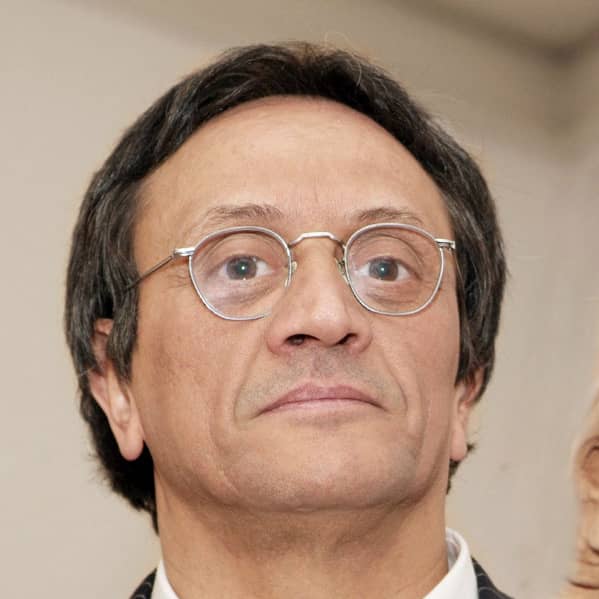 Looking for the common thread between artists and artisans

Whether minimalist or conceptual, artists have always depended on skilled craftsmen to give shape to their creations. From Joseph Kosuth’s neon works to Dan Flavin’s metal sculptures

What links Art and Artisanship? This is an old and complex question: a diatribe that belongs to the modern era, and which conceptual art seems to have intensified since the 1960s. However, conceptual art could not exist without the support of skilled artisans and, in a way, the very methods involved in conceptual art strengthen its relationship with craftsmanship. The term artisanship does not refer only to traditional crafts, of course, but also to those associated with industry. This may seem a contradiction, but it is not.

By way of example, let us consider the different approach to neon of two conceptual artists: minimalist Dan Flavin employs standard neon light strips that can be found in electric supplies stores, without any artisanal customisation; whereas Joseph Kosuth, whose works are written in neon, relies on a specialised craftsman to shape his creations. The use of neon is even more evident in artists like Lucio Fontana, who is well known for his Spatial Light–Structure in Neon, a large design-doodle exhibited at the 9th Milan Triennial of 1951; or, following in his footsteps, the neon signs and words by Mario Merz; and again, more recently and formally closer to Fontana, Pietro Roccasalva’s Jockey Full of Bourbon II (2006), a neon sign-drawing designed to fill a space from floor to ceiling. I have chosen these examples to demonstrate that there are various forms and types of craftsmanship, without which many works of art that are considered central to modernity and contemporaneity would not exist. Such as Dan Flavin’s box-like metal sculptures, which are made by highly skilled craftsmen in metal and wood, challenging industrial production with their knowledge and expertise. Having said this, and the list of examples is long, it should also be underlined that Kosuth’s and Judd’s conceptual art and pure minimalism were presented, at the request of the artists themselves, as a denial of craftsmanship; the inherent premise was that what counts is the idea, and that, since craftsmanship is principally associated with the manual ability to create, the artists should not dirty their hands.

The counter-reaction, after the mid-1970s, came from a few artists who began to reaffirm the power of the hand and the value of know-how. Like Enzo Cucchi, who had ceramic tongues pop out of his paintings, or gave them ceramic frames, before going on to producing sculptures in the same material, often in the shape of a vase, aided mainly by craftsmen in Castelli (Abruzzo) but also in Vietri (Campania), where he created, with Ettore Sottsass, one of his famous works. However, to validate the initial premise, it should be noted that even Cucchi did not dirty his hands with clay, since his works were physically made by the artisans. So in terms of the practical creative process, there does not appear to be much difference between a neon by Fontana or Kosuth and a sculpture by Cucchi. Needless to say, when we see an artwork made in neon words we do not immediately associate it with the work of an artisan. But we do when we see a ceramic vase or a sculpture in wood. We should also ask ourselves why we are not inclined to associate craftsmanship with a marble sculpture: could it be the noble nature of the material? In any case, a transition took place between the 1970s and the 1980s, and at the end of the decade artists were no longer ashamed to extol the qualities of craftsmanship. Of which, on the contrary, they demonstrated to be proud both in their statements and in their work. The Italian conceptual artist Alighiero Boetti anticipated this process in the arts when, back in the early 1970s, he began to create his works with tapestry and Afghan carpet weavers. He celebrated artisanship, which is why, in this age of neo-craftsmanship, many artists see Boetti as a point of reference. Luigi Ontani, another example in this tradition, employed Indian artisans for some of his photography works and Ceramica Gatti for his mostly life-size sculptures, which depict himself in different and amusing roles. Many other artists are following in the same steps. Celebrity artist Jeff Koons, for example, is known for his ceramic artworks and his wooden sculptures, which are in fact made by the craftsmen of Val Gardena, whom Koons outsourced the erotic sculptures of himself with Ilona Staller-Cicciolina as well as animal and flower sculptures; nor did he disdain marble cats carved by the artisans of Carrara, dog-shaped porcelain vases and Kamasutra glass sculptures. These and many other artists draw heavily on craft knowledge, Italian in particular, of which our peninsula abounds in its numerous artisan districts with elevated quality and productive output.

And, as mentioned earlier, this trend is not limited to traditional crafts like pottery and woodwork, but it embraces also modern crafts, including neon working, mannequin sculpting by film industry artisans and animal embalming for Cattelan’s taxidermy artworks – all of which were made in Italy. Some artists push themselves as far as the Orient: Ontani went to Bali to let Balinese artisans carve his visionary pule wood masks, and Belgian artist Wim Delvoye travelled to Thailand to have his full-size Cement Truck, bulldozers and excavators baroquely sculpted by Thai craftsmen. Yet in recent years the most monumental work is perhaps Sunflower Seeds by the controversial Chinese artist Ai Weiwei: 100 million porcelain sunflower seeds, made and decorated by hand, were spread to form a 10-centimetre carpet weighing 150 tonnes over the vast floor of the Turbine Hall at London’s Tate Modern in 2010. At the end of the exhibition, the gallery bought eight million seeds for its collection. This mammoth project involved 1,600 craftsmen from Jingdezhen, an area renowned for porcelain crafts, in the creation of an installation consisting of 100 million ceramic sunflower seeds to represent the 100 million victims of the Mao era: a work that expresses 100 million common threads between Artisanship and Art.