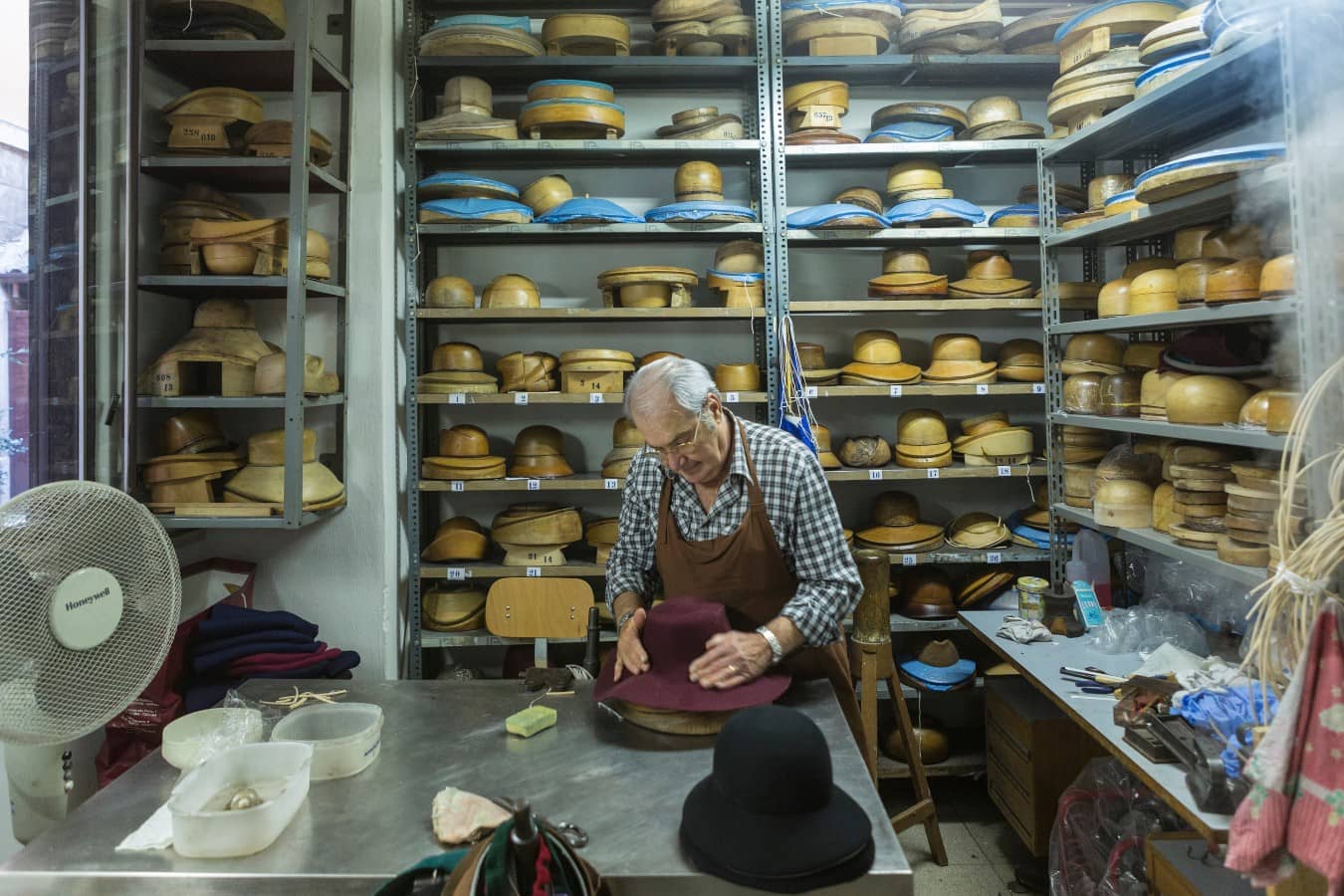 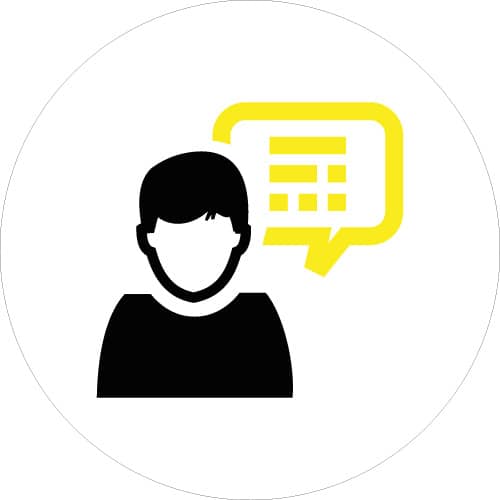 Lorenzo Borghi’s story started in 1952, at the age of twelve, when he started working at Lionello Passerini’s millinery shop. When Passerini died, Borghi took over and moved the business to Via dei Piatti in the heart of Milan. There, he has been dedicating himself for over fifty years to the fine art of traditional hat-making. During his career, he has collaborated with great fashion designers such as Krizia, Ferré, and Moschino, as well as with theatre costume makers. He makes hats for famous people (including Queen Elisabeth II) as well as for ordinary individuals. Each creation is made with a certain passion and love that only a true craftsman can express through his work.

Where did you do your training?
I started working directly in the shop as an apprentice at the age of twelve, without any formal schooling in the field.

What makes your hats unique?
I would say that it is the possibility of personalizing hats according to the client’s wishes. Actually the uniqueness of what I do resides in my putting my heart and soul into what I create. For us, working is a privilege; it is what we are. 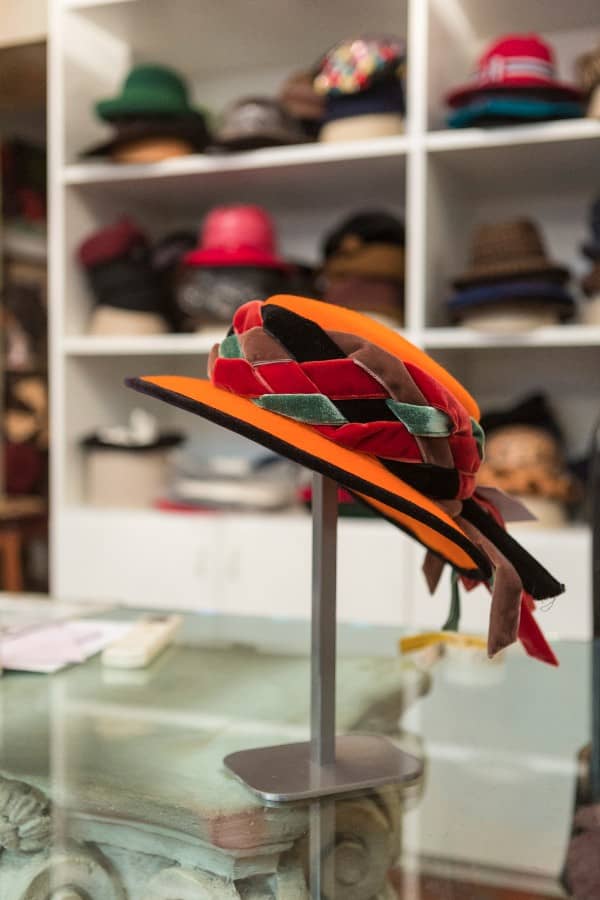 What kind of relationship do you have with the Milanese fashion scene?
Once upon a time, I collaborated with fashion houses: Valentino, Moschino, Krizia, and especially Gianfranco Ferré, who won the Occhio d’Oro prize with one of my creations. When I was working with theses great fashion designers, either they would give me one of their sketches so that I could make a prototype, or they would come directly to the shop and choose one of my creations.

What type of clientele buys your hats?
Clients from all over the world come into my shop, and this is also because I have worked outside of Italy a lot, particularly in the United States and Japan, so I am very well-known.
I create directly for the client or for distribution in stores and boutiques. For the latter it works like this: I invent prototypes for the current season, show them to those in charge of the store. Then, they choose what they want me to do for them. I create the hats, and once they’ve been produced, I ship them to the stores.

What are some of the critical aspects of your profession?
The main problem of craftsmanship is the total lack of government support for institutions: they do not understand that Italy relies on us, artisans.
Furthermore, there is no transmission of artisans’ know-how. The profession must be taught when future craftsmen are still children, and this is where the laws on craftsmanship and craftsmen’s work are wrong. Young people must complete at least one year of apprenticeship in order to understand if they like this craft or not, and if they have a talent for it: you need patience and meticulousness. Today’s schools are of no use: everyone studies fashion, but when they finish school, they do not know how to do anything on a practical level. 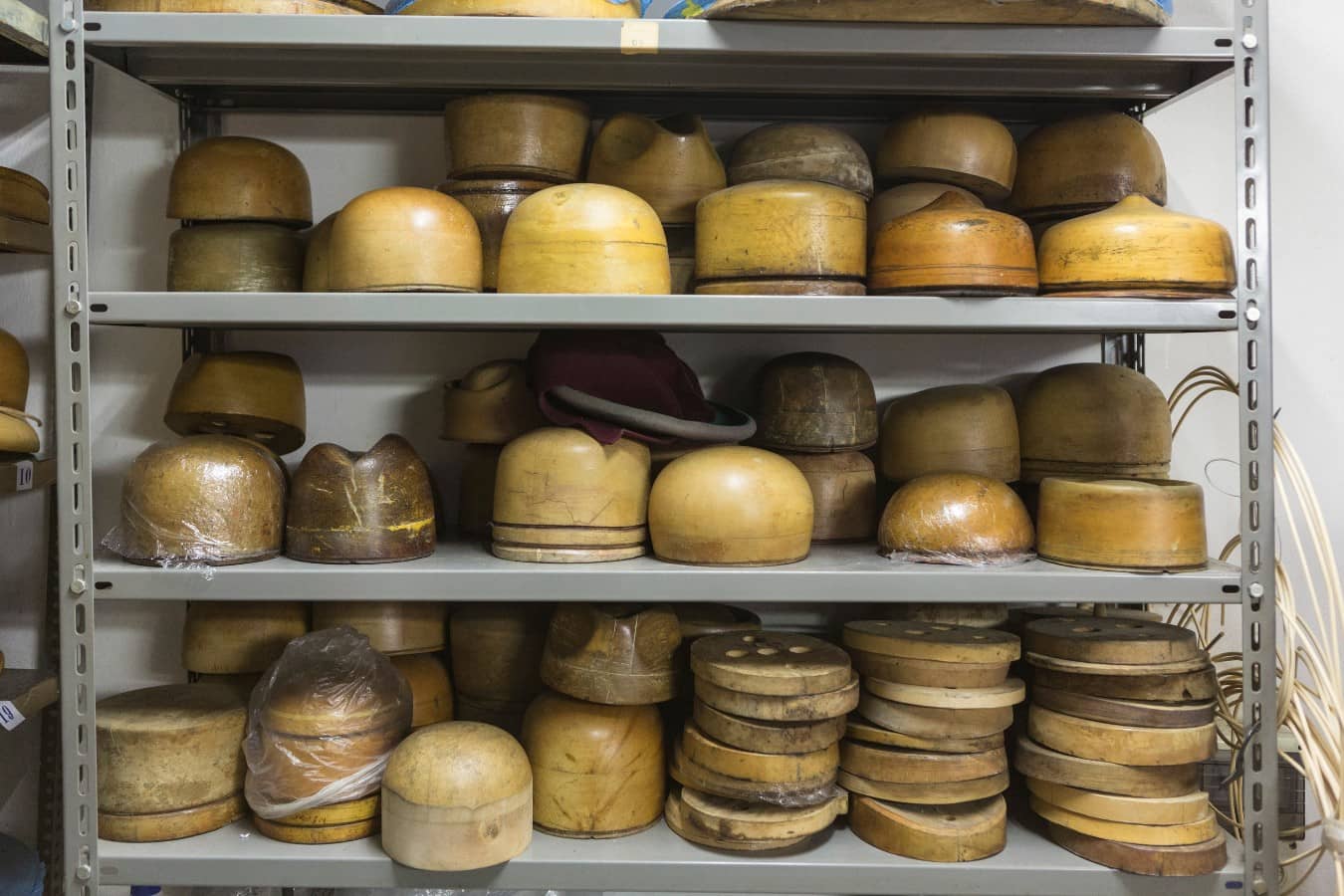