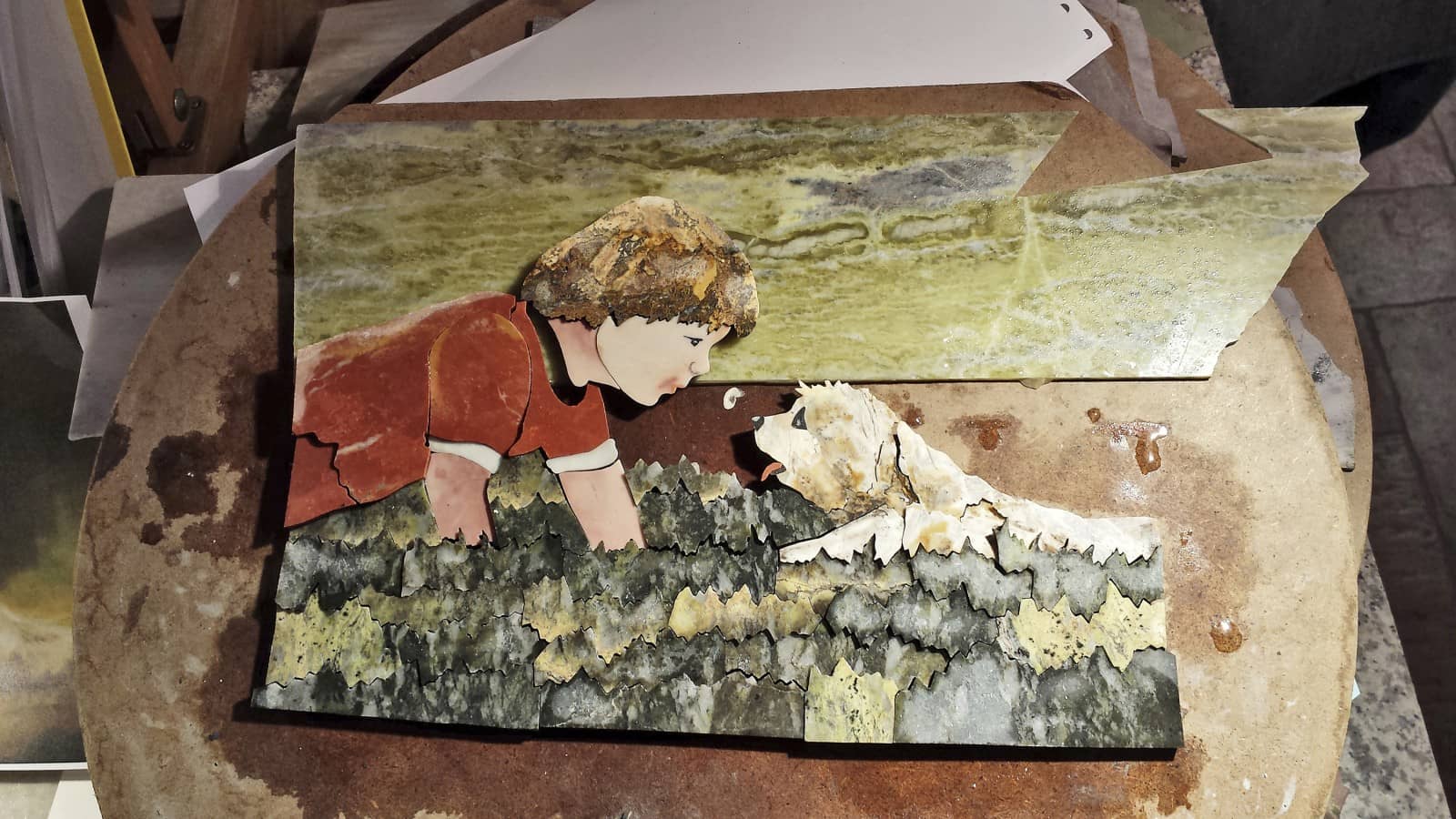 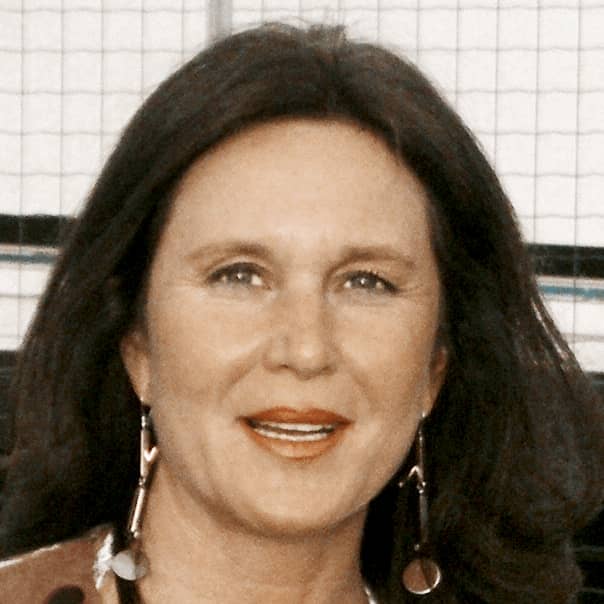 In Florence, the Scarpelli family creates pictorial mosaics that perpetuate the fascinating art of commesso fiorentino

The beautiful tradition of mosaic works fashioned in semiprecious stones that originated in the Italian Renaissance is still carried on today in the heart of Florence by the Scarpelli family: in the workshop Le Pietre nell’Arte, this art finds a natural continuation under the banner of absolute and acknowledged excellence. This particular mosaic technique, with which extraordinary pictorial and decorative effects can be achieved, is called commesso fiorentino from the Latin “committere”, to bring together, to unite.
It was originally developed in the second half of the 15th century, but this art flourished under the enlightened patronage of the Medici family: first with Francis I and then Ferdinand I, who founded the glorious Opificio delle Pietre Dure (Workshop for Hard Stone) in 1588. Indeed, most of the specialised artisans who decorated the Medici’s magnificent Cappella dei Principi in the Basilica di San Lorenzo, a masterpiece of this technique, were trained in the Florentine Workshop. Many extraordinary artworks were produced with these inlays in semiprecious stones, ranging from furniture to ornaments and even magnificent copies of paintings, and the Florentine masters became famous throughout the world for their inventiveness and skill, until the decline of the Medici and Lorraine dynasties in the late 19th century.
The ancient and laborious art of commesso is perpetuated today by master craftsman Renzo Scarpelli and his son Leonardo: both artisans command with unmatched skill every phase of this technique, from selecting the stones to cutting them, smoothing and polishing the surface, exploiting every shade and variety of colour in the natural stones to create astonishing “stone paintings”. The expressive power and pictorial delicacy of their works is awe-inspiring, as one does not expect so much beauty to emerge from a material as difficult and hard as stone… Tuscan landscapes, Florence and the Arno, children and animals playing, country scenes, seascapes, still lives, flowers, jewels, objects and miniatures, replicas of famous paintings… all appeal to us for their poetry and perfect execution.

The commesso technique is extremely difficult and indeed the craftsmen still active in this field can be counted on the fingers of one hand. Renzo Scarpelli founded his now famous workshop in Via Ricasoli, a short walk from the Duomo, the Accademia di Belle Arti and the Opificio: a destination for art enthusiasts and tourists from around the world. He believes that a mosaicist must be “part artist and part craftsman.” But, he adds, “if you don’t have patience, technique and talent, it is useless: these are qualities that no one can give you.” To be a master in commesso mosaic, the artisan must combine different roles, all of which require great talent and know-how: from drawing the sketch, to selecting the stones that have the right colour tones, to cutting and polishing them. Only in this way will the artisan achieve a result that speaks to the heart. Since the early 1970s, dwindling demand has caused the near disappearance of the “stone seeker”, an essential specialisation in this creative process. But for the mosaicist, a rich and assorted choice of tones and veins is vital: this is why Renzo and his son Leonardo, who for ten years has been working alongside his father, showing a considerable talent, personally look for the stones, retracing the steps of the stone seekers in the days of the Medici. Many can be found in the Florentine hills: chalcedony and onyx, for example, but also lesser-known varieties that range from the “paesina” and “gabbro” from Impruneta, to “lilla” and “alberese” from Chianti, to “colombino” and “verde d’Arno”, all of which represent the typical colours of Tuscany, a region abounding in beautiful stones. Lapis lazuli, malachite, turquoise and jade, instead, are imported from abroad to enrich the mosaic artist’s palette with bright, intense and precious colours.
The first preparatory sketch is drawn on tracing paper and then transferred on 100% cotton paper, which is cut out with an “arnesino”, a scalpel with a diamond-shaped tip. The small cutouts are pasted on the stone according to the required tone, which is “sliced” into 2.3 mm-thin slates using a diamond saw blade. The mosaic pieces are cut with a bow saw made from a curved branch and a piece of wire. The mosaic artist rubs the stone with scouring powder and water in order to cut the shapes as precisely as possible, and uses beeswax and rosin paste to bind them to the slab of slate that is used as backing and support for the mosaic itself. In the final phase, the mosaic is polished by hand. 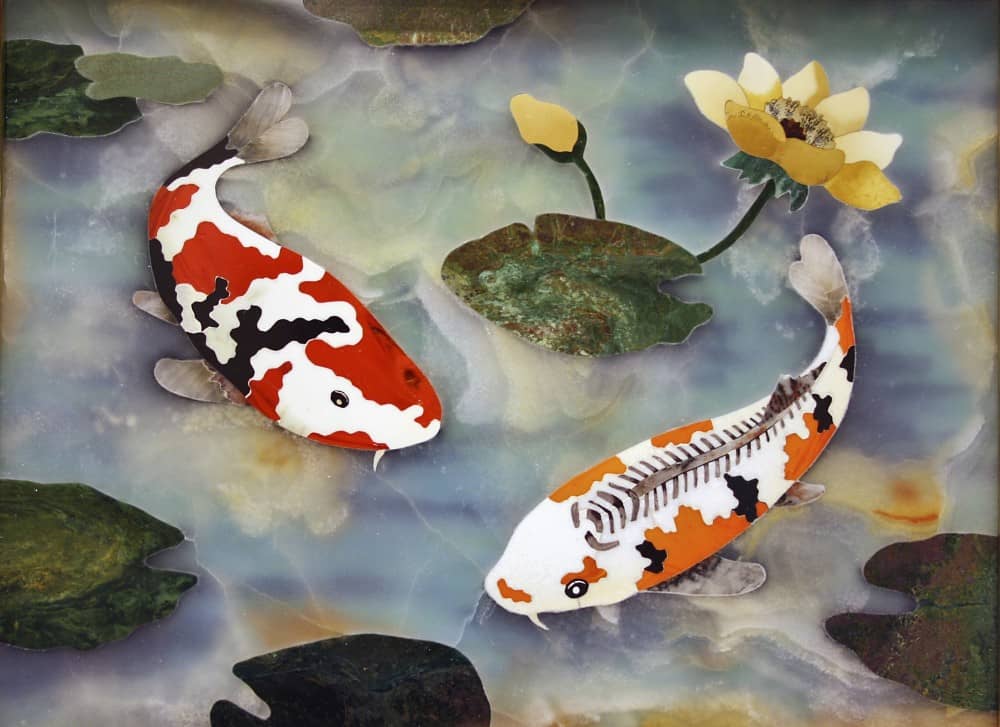 Renzo Scarpelli was born in 1947, and at the age of 13 he was already starting his apprenticeship in the Fiaschi workshop in Via Guicciardini, the oldest in Florence, where he “stole with his eyes” the art of mosaic making from his masters. After many years of training, hard work and study, he opened his first workshop in 1972, and in 2008 inaugurated the studio in Via Ricasoli, where he continues to work with his wife Gabriella, an expert in the art of jewellery, his son Leonardo, the worthy heir of his father’s skill, and his daughter Catia, who runs the business side of the company and cultivates relationships with the clients. Born in 1974, Leonardo Scarpelli has been familiar with his father’s trade from early childhood. He studied mosaic and pictorial decoration at the Istituto d’Arte di Firenze, where he graduated as “maestro d’arte”. Lorenzo is universally considered a talented mosaic artist, among the best of his generation. He says that five hundred years of history have not changed the reality of this métier d’art: even today it is impossible to determine beforehand how many days it will take to complete a work.
For Leonardo, the artisan’s goal is to aim at art in the execution of a piece: his more contemporary sensibility leads him to prefer subjects and themes inspired by the great masters of modern art. Crossing the threshold of the Scarpelli craft laboratory is like entering a magical and unusual world: a beautiful studio covering a surface of over 200 square metres, halfway between an art gallery and a craftsman’s workshop, where the stone pillars and bricks walls of a 13th-century stable have been expertly restored. The Scarpelli family has created a space that is always open to enthusiasts and visitors alike, in which they exhibit their rich production and demonstrate the art of mosaic making on large workbenches cluttered with tools and stones of all kinds and colour.
There is no guidebook for Florence that does not mention the Scarpelli family; their works have been exhibited in Japan, China, Paris and Moscow, winning the most prestigious awards, and they have an international clientele of passionate collectors, who can be extravagant to the point of commissioning fantastic landscapes of their own design and portraits of their pets. One of their most recent and important commissions came from a wealthy Texas client, an expert of American history, who wanted Scarpelli to reproduce the great painting “Washington crossing the Delaware” by Emanuel Leutze. This fascinating work was very long and painstaking to make in stone, and a real challenge for Renzo and Leonardo. A symbol of the history of the United States, this complex composition is characterised by an almost magical light, with a myriad details requesting a great deal of careful study. Father and son have worked side by side for months to produce it: Renzo worked an entire night just to make the flag look so natural, and for months the two masters were surrounded by an enthusiastic audience, who was witnessing the “stone painting” taking shape in front of their eyes.
The unique talent of these artists is the pride of an Italian craftsmanship that takes us back to our glorious past: to an art that continues to live within these walls.