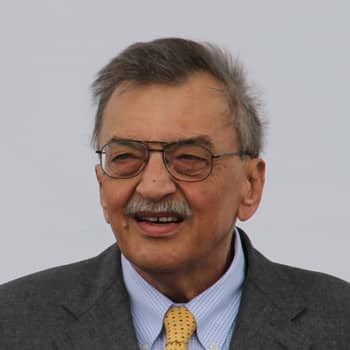 The fascinating quest for the code of talent

In craftsmanship, experience and individuality are winning assets. They are measured in terms of talent, which enhances inventiveness and Ingenuity

Talent is both the measure of the weight that, on a balance, makes one pan heavier than the other, and the metaphor of anything (money, especially) endorsing the supremacy of one side over the other. A unit of measure that becomes a value in itself, when one seeks evaluation standards that are not just numerical. Talent and value have thus migrated from the solid units of quantity to the less tangible ones of ethics or aesthetics, involving emotional variables such as desire and ambition. Whether quantitative or qualitative, even meritocratic league tables are based on talent: they attribute a value to invention and highlight the flair of those manual skills that are intrinsic to craftsmanship. Because the artisan produces with his own hands, and uses a machine only on condition that he is the one guiding it, with his talent and emotions.

Craftsmanship embraces all the professions obliterated by industrial machines. Man’s work replaced by a serial production in which the prototype is endlessly cloned: modernity has gained supremacy celebrating the triumph of the copy. If we were to illustrate the progress of modernity on a line chart, with competence on the vertical axis and consensus on the other, we would see the curve plummet to the X-axis, against which it would continue to run in a parallel line. What counts in modernity is not quality, an opinion based on comparison, but quantity, measured on the undisputable scale of numbers. And numbers (of copies, votes or spectators) are the new gods of modern times: they command us, they decide who wins and who loses, and their sentence is unappealable. When modernity took over, craftsmanship declined. Its resurgence is the confirmation that modernisation is over. This is the dawning of a new era, in which we must learn how to give up modernity without retracing our footsteps, which is something mankind is not allowed to do. The return to craftsmanship must not imply the restoration of a world that has ceased to be. It has a rather different and richer meaning: the renewal of tradition in the sign of discontinuity.

To give shape with one’s hands, and not in a mould. To leave one’s mark, restoring the pleasure of surprise and the joy of wonder. In craftsmanship, ability, skill and experience play a fundamental role. As much as the supremacy of the individual, the sense of awe, the mystery of beauty, the thrill of competition, the enthusiasm of confrontation. Leaving behind us modernity and its insensitivity, we embark on a formidable quest, an extraordinary adventure towards an unknown destination. Not knowing how to do anything is no longer the aristocratic hallmark of the modern intellectual. Instead, it is the mark of a long-suffered fealty, an enduring servitude, a liberty we must reconquer. In the wake of modernity, we have to deal with the torment of Sisyphus: the fascinating and inexorable quest for the “code of talent”.