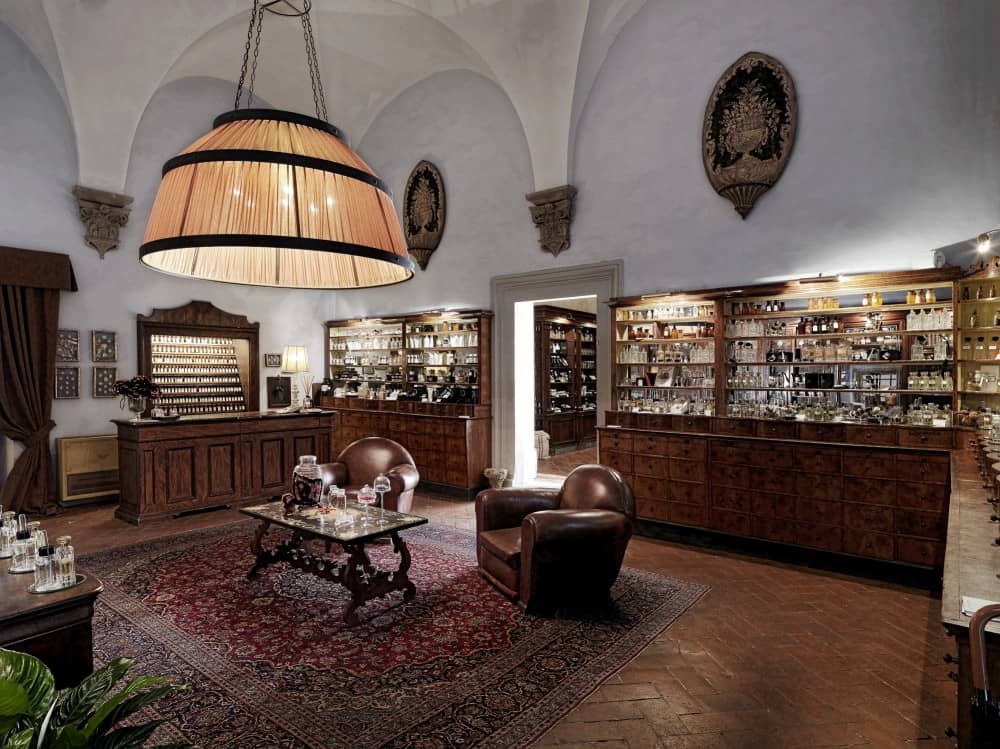 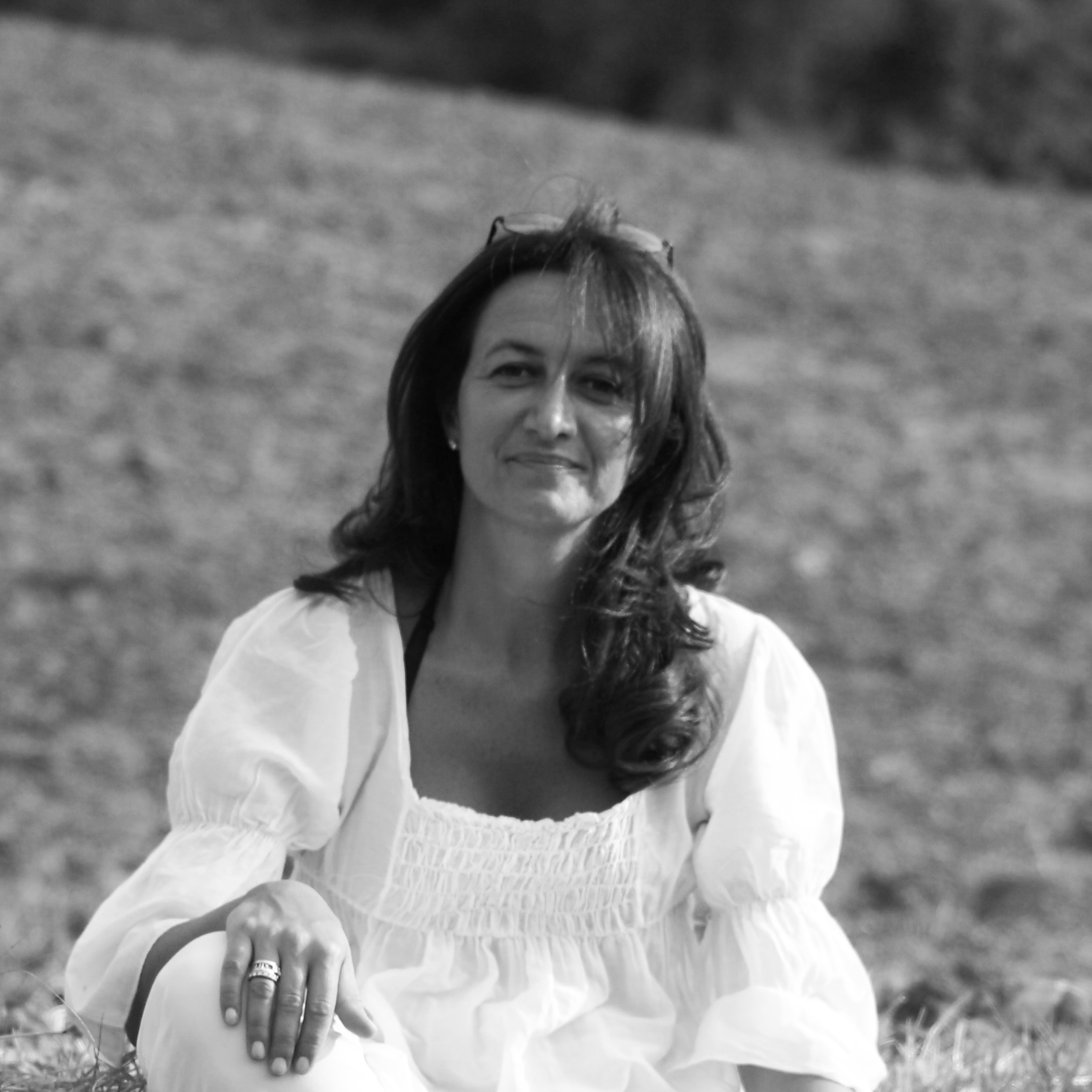 The tradition of artistic perfumery first developed in Florence during the Renaissance. It still thrives today, thanks to the city’s time-honoured perfume houses and award-winning experts.

Florence, the city of art and know-how. Florence, the city of perfume. A longstanding tradition that started in the Renaissance and is perpetuated today by the city’s time-honoured perfume houses and award-winning noses, creating innovative products that are appreciated all over the world.
The city’s dedication to artistic perfumery has brought about the establishment of a very successful specialised trade fair, “Fragranze”, managed by Pitti Immagine. Many things have changed since the days when the “Nuovo Ricettario Fiorentino” was developed by the Collegio dell’Arte dei Medici, in 1498, setting the rules for apothecaries when they created their compounds, and the development of botanical sciences, so dear to the Medici family.

Officina Profumo – Farmaceutica di Santa Maria Novella was established by the Dominican friars who originally settled down in Florence in the 13th century. The Officina Profumo’s entire history can be admired in its perfectly preserved furnishings, instruments and decorations. Famous historical creations include Alkermes (a red liqueur obtained from dried cochineal) and the Polvere per bianchire le carni (a “skinwhitening powder” developed in the 1920s). Eugenio Alphandery, the perfume house’s entrepreneurial owner, firmly believes in the value of an entirely “made in Florence” production. «Medicinal plants, lavender and roses are grown in our garden at Villa La Petraia,» he explains, «and all our candles are manufactured in our facility.» Officina Profumo – Farmaceutica di Santa Maria Novella creates fragrances to celebrate many special occasions: Acqua di Colonia Cinquanta marked the 50th anniversary of Florence and Kyoto becoming twin cities; Lana is a limited-edition eau de cologne that is soft and warm as wool. «The Cupid and Psyche exhibition held in 2012 at Palazzo Marino in Milan inspired a special room fragrance; and the Maledetto fragrance was created for the Caravaggio Experience project.»

Since 1561, Farmacia Santissima Annunziata maintains a tradition in galenical preparations and products for skin care. The Azzerlini family, who currently own the perfume house, have preserved the ancient know-how and coupled it with new technologies. Farmacia Santissima Annunziata has a catalogue of 150 cosmetics that are hugely appreciated by the clientele. The new Farmacia 1561 line was created on the occasion of the Farmacia’s 450th anniversary: an anti-age line that is specifically crafted for blemished skin, with cutting-edge components to simulate Botox treatment combined with excipients for optimal absorption of the active ingredients. 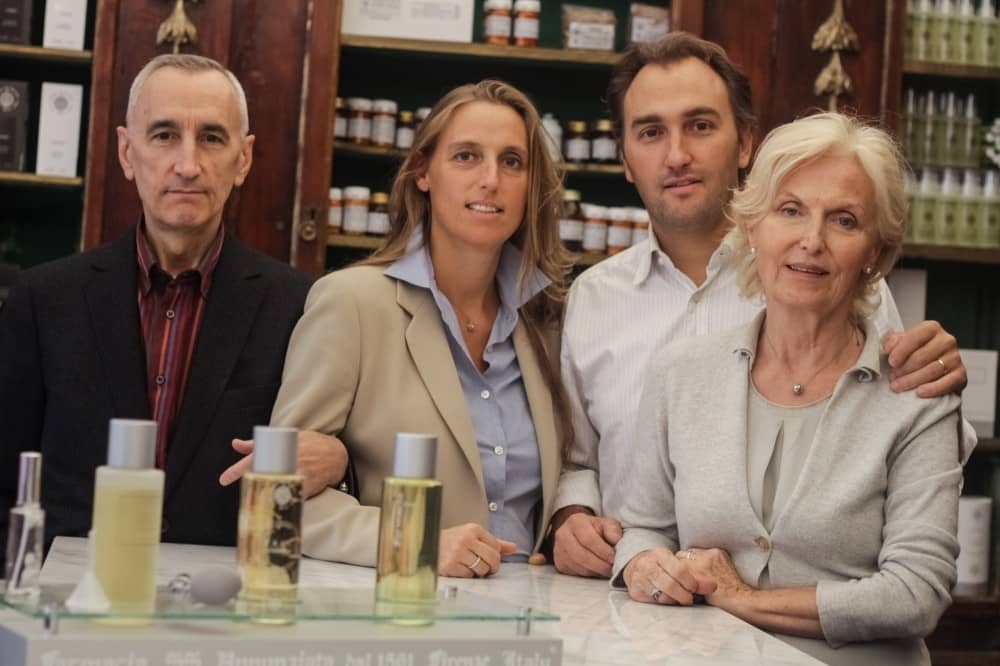 An equally distinguished history, though more recent, is that of master perfumer Lorenzo Villoresi, whose passion for perfumes began in the late 1980s, during the early years of his academic career as a researcher of Ancient Philosophy. Villoresi’s perfumes, which blend high quality and luxury, have earned an international reputation. In 2006, he was awarded the prestigious Prix François Coty. A flagship store was recently inaugurated in Via de’ Bardi, where Villoresi will also launch an important project devoted to the world f fragrances in 2017. «We are opening a museum,» Villoresi explains, «to showcase the ‘behind the scenes’ of perfumery, a garden with aromatic plants and an academy offering courses and events to spread the knowledge and understanding of this very complex craft.» In Galeries Lafayette Dubai, Villoresi will inaugurate a shop-in-shop with all his latest innovations, such as the Teint de Neige range: from the solid perfume, perfect for travelling, to the impalpable Hair Mist fragrance, to be diffused onto the hair and garments. 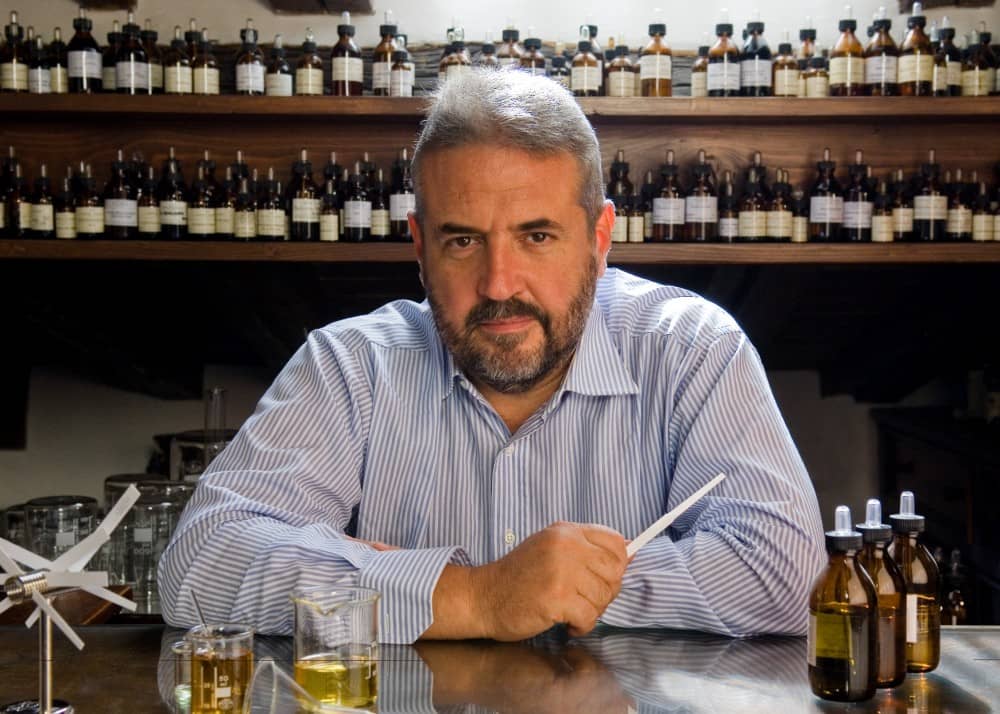 Sileno Cheloni’s famous perfume house AquaFlor has its seat in Borgo Santa Croce, right next to the studio where Giorgio Vasari spent his final days and which has recently been restored and opened to the public. “Parlour of Essences” is AquaFlor’s impressive olfactory library, with more than 1,500 scents displayed on elegant shelves, including exotic ingredients such as Taif rose, Oman incense, Mysore sandal. Clients can choose to take a guided itinerary with the master perfumer, to see how his unique perfumes are created. «The new challenge,» Cheloni tells us, «is linked to custom-made perfumes: this has prompted me to develop small, 30 ml flacons where we mix fragrances according to the customer’s taste.» Among the many original projects by AquaFlor is the one developed with Jane Fortune’s Advancing Women Artists Foundation: an “invisible” perfume to highlight the hidden and precious work of female artists and restorers. 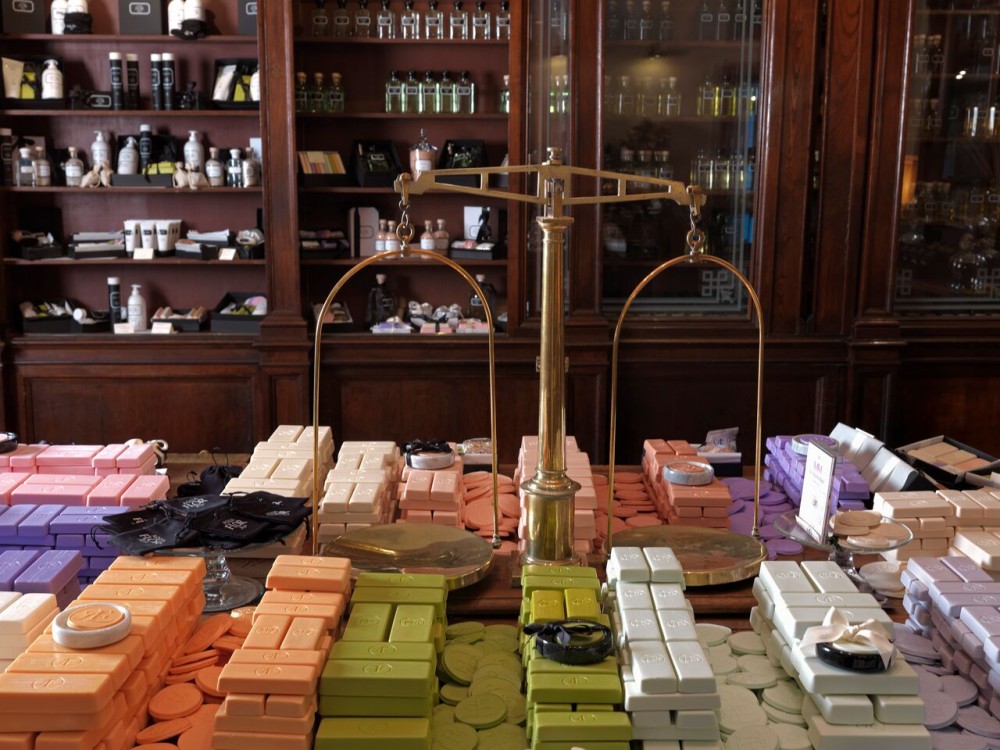