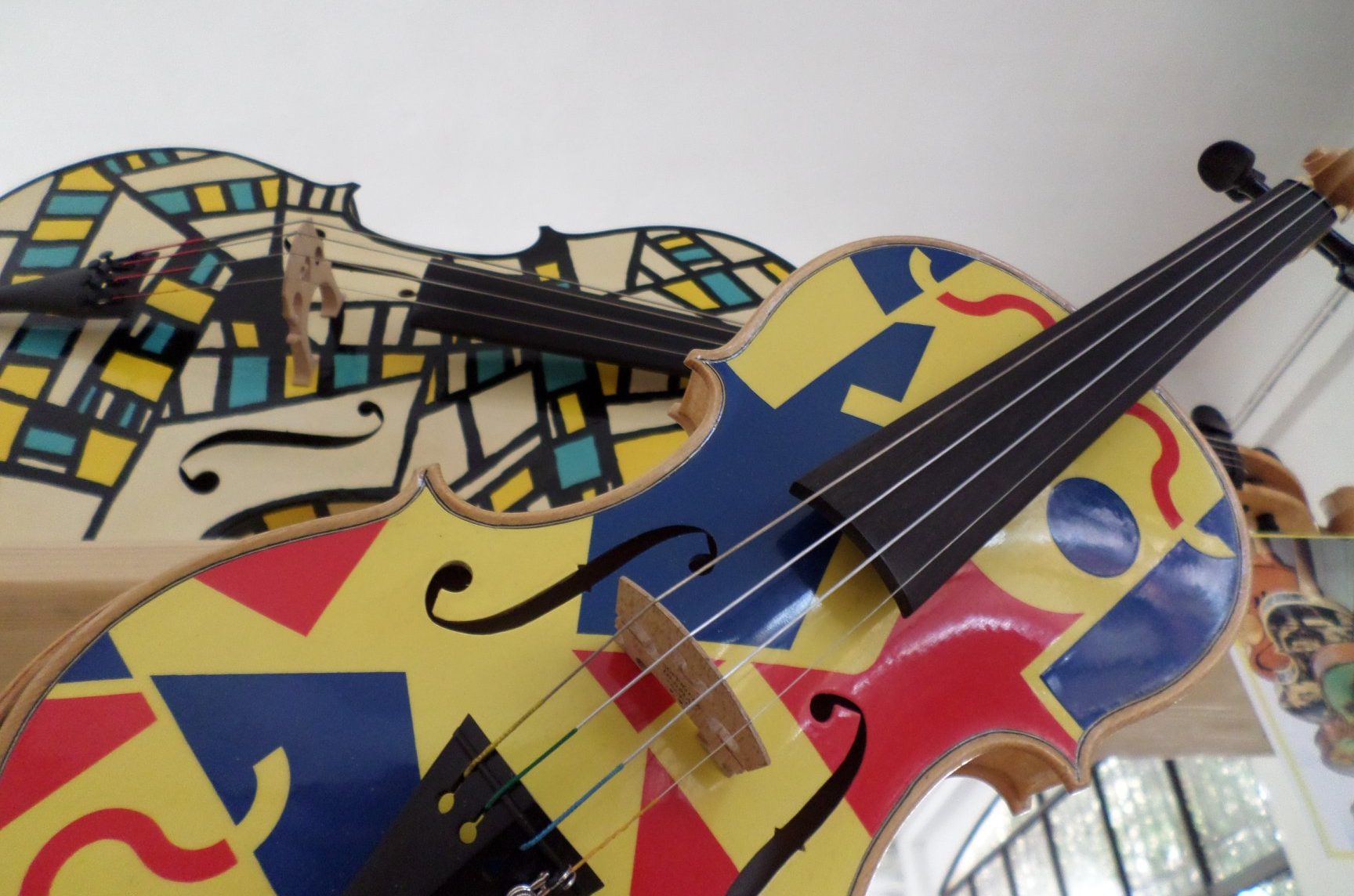 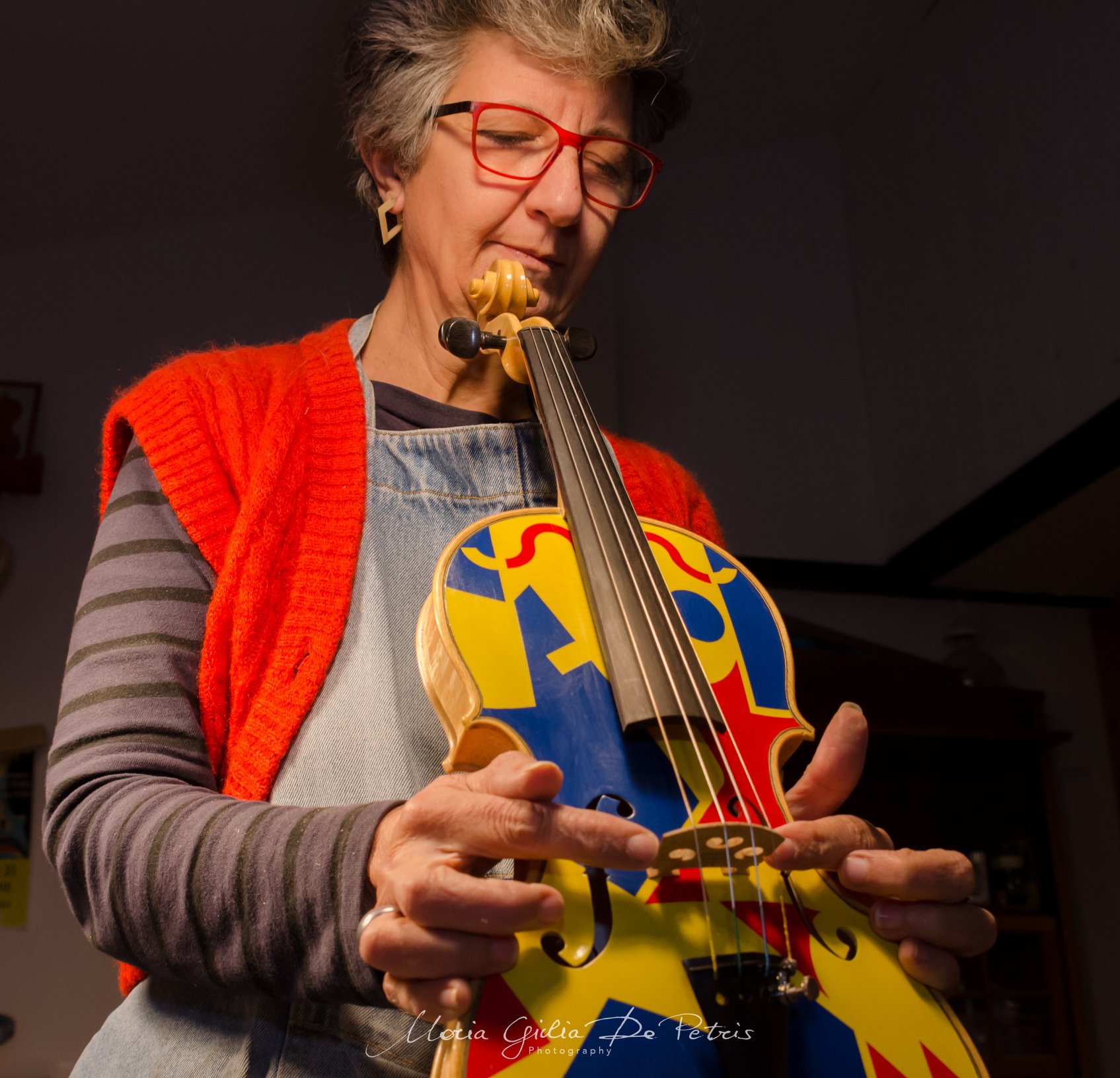 Ezia di Labio’s passion for the luthier’s craft started in Otello Bignami’s workshop in Bologna, where she had her violin attended to, and completed a four-year training under the master craftsman’s guidance.
Her instruments are entirely hand-crafted with carefully selected kinds of wood and a slow seasoning process, while their shape and finishing reflect the tradition of Bologna’s luthier’s craft she had learnt from her master.
In 2000, she launched the “Violini d’Autore” project, aiming at innovating the 100-year-old, unaltered violin aesthetics, while still preserving its outstanding sound and functional quality. Great masters of contemporary Italian art were invited to decorate the instruments like canvasses. The project was very successful and the artworks are now on display across the world.
Since 2013, Ezia di Labio has been the president of the Effeeorizzonti Association, where she gives lectures and holds meetings on Emilia’s stringed instruments tradition in schools, conservatories, museums and libraries. 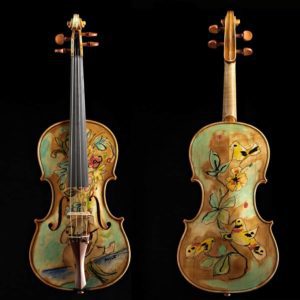 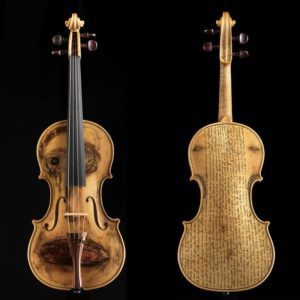 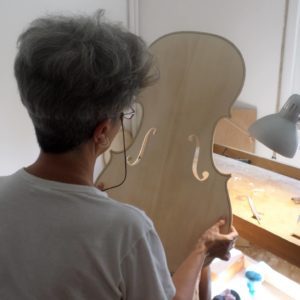 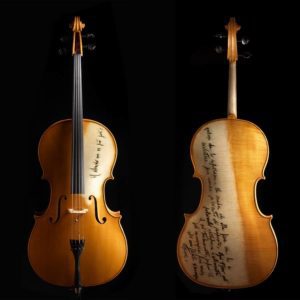