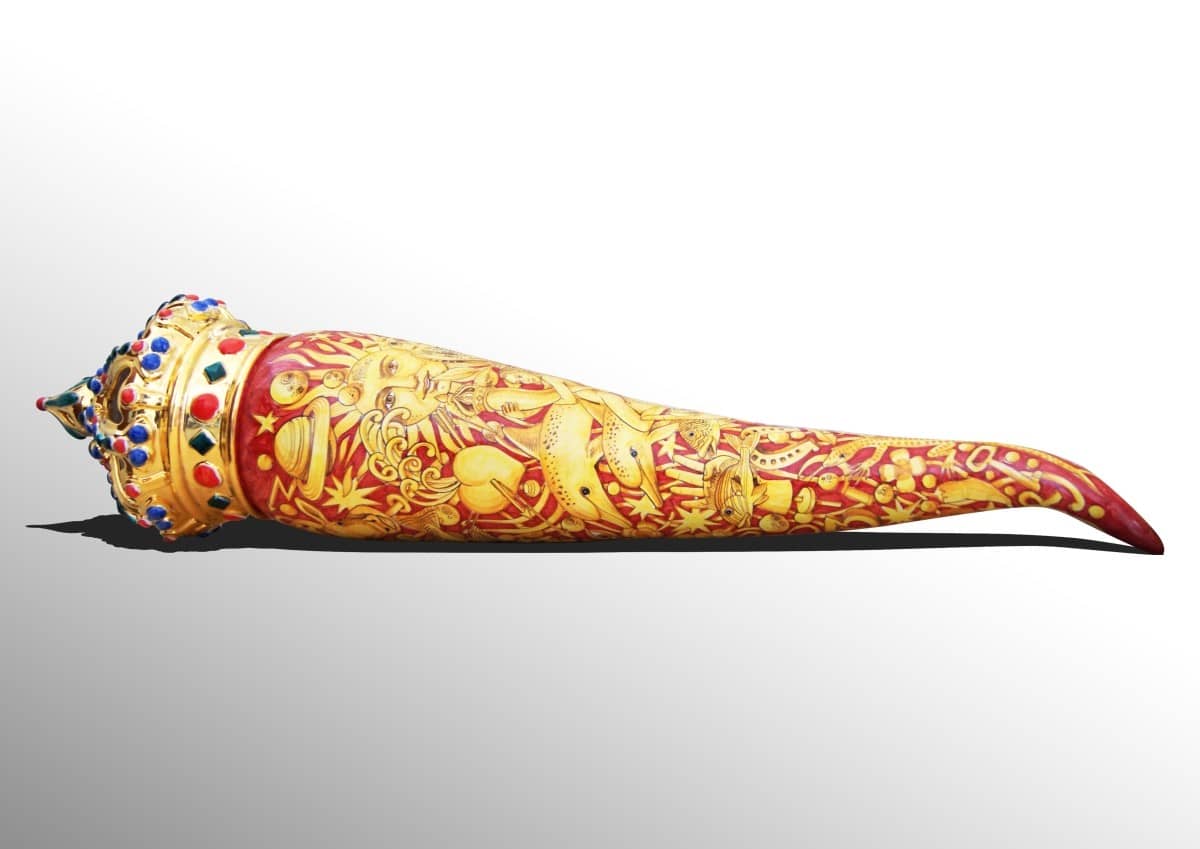 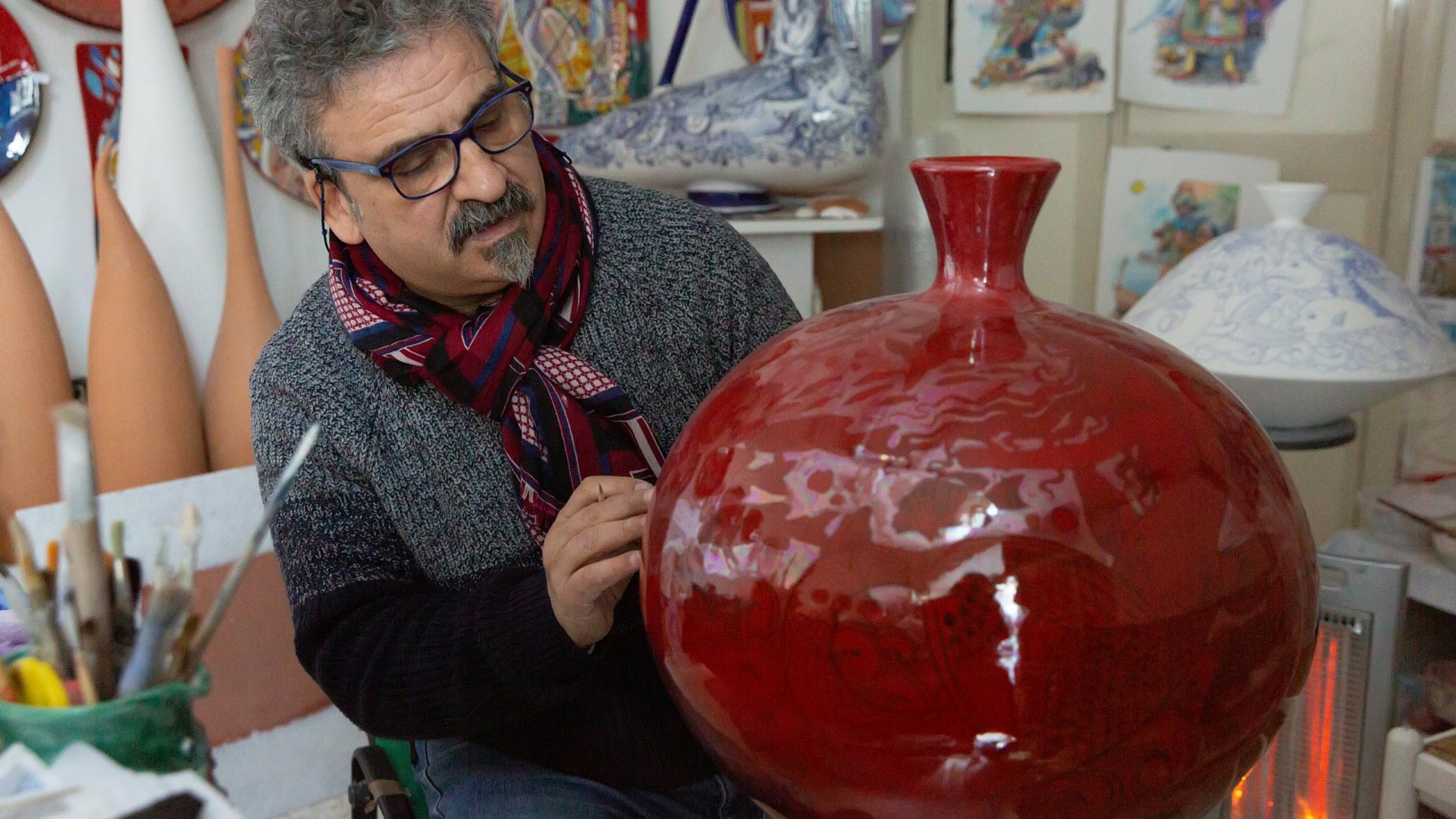 Francesco Raimondi was born in Vietri sul Mare (Salerno, Italy) in 1959. By vocation, he is a decorator. He trained as a potter in the leading pottery factories of his town, where local master craftsmen taught him many of the secrets of this ancient art. Among his masters was Giovannino Carrano, considered the greatest decorator that Vietri has ever given birth to. After his death, Raimondi became the master craftsman of reference in pottery decoration.
In 1999, he opened his own workshop in order to have the freedom to express the full depth of his creative flair and his extraordinary technical expertise.
Meeting Manual Cargaleiro, the great Portuguese artist, was turning point for Raimondi: he embarked on what he has called “a journey of no return”. This journey led him to depart from traditional pottery and its revisitations: he has created his own style, rich in subtle references and featuring an infinity of variables. He is creating new pieces that have captured the attention of architects, designers and collectors, as well as of tourists and enthusiasts.
His workshop, L’Archetto, has become a reference for many in the world of studio pottery. His works are part of numerous private collections and have been exhibited in many museums worldwide, including the FuLe International Ceramic Art Museum (FLICAM) in China, the National Tile Museum (MNAz) in Lisbon, the Ceramics Museum in Nabeul, Tunisia, and the International Ceramics Museum in Faenza, Italy. 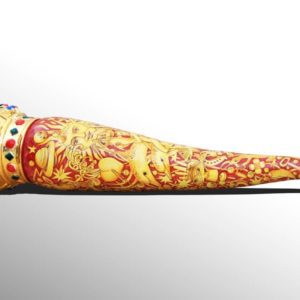 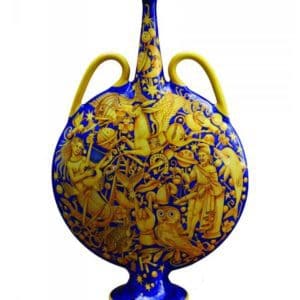 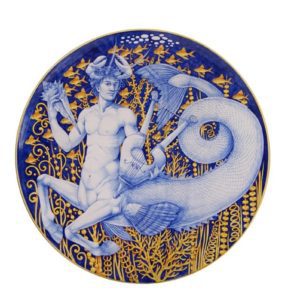 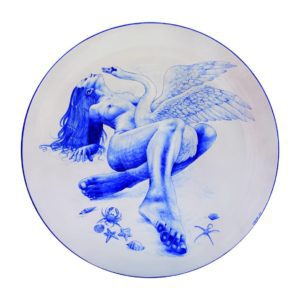