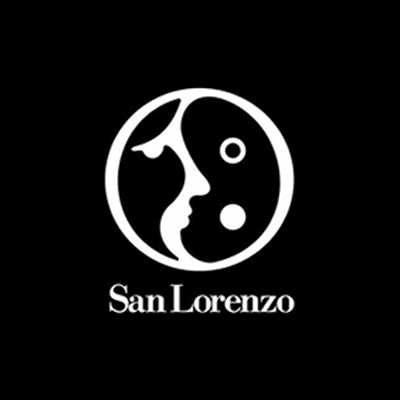 After obtaining a degree in law, Cacchione enrolled in an MBA at the Bocconi University. It was during that time, in 1964, that he also began his training in the family silversmith business.
In 1970, he opened San Lorenzo Srl, a company based in Milan. His objective was to revive the silversmith art through the principles of modern design. From the very beginning, the company made a name for itself thanks to its work with leading international designers and architects. The company’s success is recognized not only by the Compasso d’Oro won in the years 1979,1989 and 1991, but also by the Italian Jewellery Award received in 2009. The excellence of San Lorenzo’s creations has been celebrated by some of the world’s most renowned international institutions, such as the Triennale of Milan and the Victoria and Albert Museum in London, which in 1995 dedicated a monographic exhibition to San Lorenzo. Many of his pieces are featured in the permanent collections of museums in Europe and America, including the Metropolitan Museum of Art and the Museum of Modern Art in New York, the Museum of Contemporary Art Chicago, Denver Art Museum, the Carnegie Museum of Art in Pittsburgh and the Philadelphia Museum of Art.
Since 1992, San Lorenzo also produces kitchenware and utensils made of 999 Pure Silver. The collaboration with Afra and Tobia Scarpa allowed for the development of an innovative technology. This technology was internationally patented and led to the creation of the “Cooking with Pure Silver” collection in 1999. 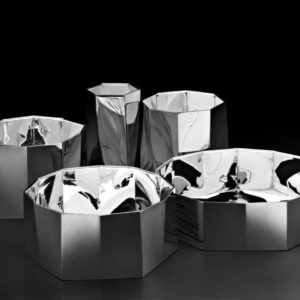 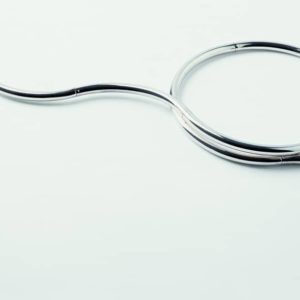 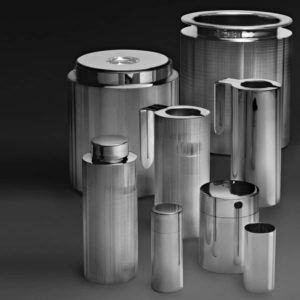 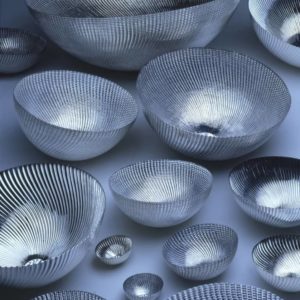