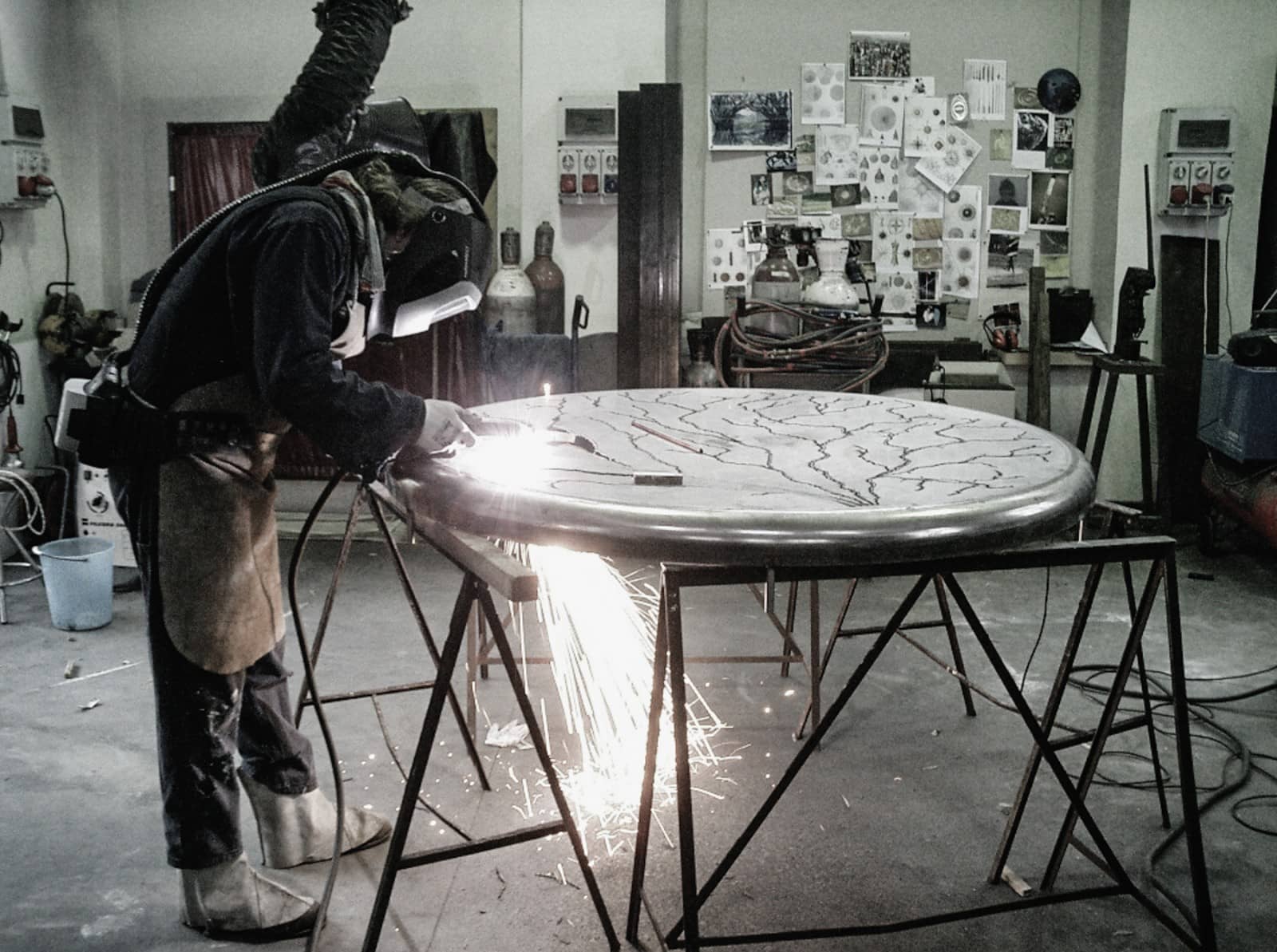 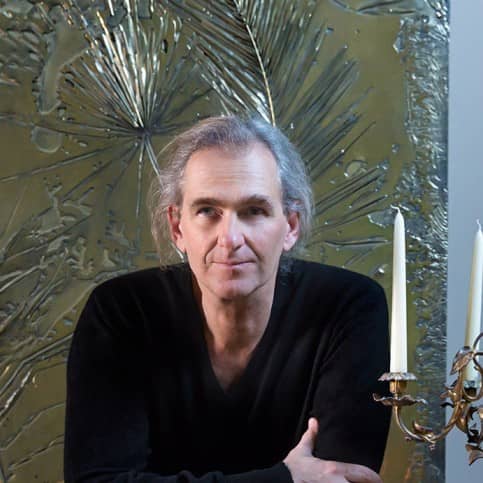 Gianluca Pacchioni was born in Milan in 1966. After graduating in economics from the Bocconi University, he moved to Paris. It was there, in the 90s, that he discovered his passion for metal sculpture, an art that he learned and perfected through practice. His first collection of iron sculptures was presented by the Vivendi gallery.
In 1997, he decided to return to Milan: he was attracted by the flexibility and flair of Italian craftspeople. Pacchioni opened his studio in a factory from the 30s, and years of great creativity followed. International partnerships abounded and his works travelled the world over: his pieces were purchased by private collectors, and also installed in parks, gardens and luxury hotels. One particularly satisfying achievement occurred in 2014, when the Italian embassy in France chose one of his pieces — a monumental sculpture in stainless steel, which is permanently exhibited in the Paris embassy’s hall of honour — to represent the excellence of italian craftsmanship.
In his laboratory he works with many different metals: iron, stainless steel, bronze, aluminium and glosses; experimenting and featuring highly innovative melting processes, forging techniques and decorations. His house is a showroom, full of self-made and visually impacting furnishings. 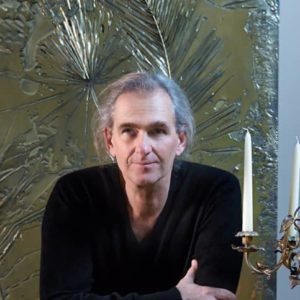 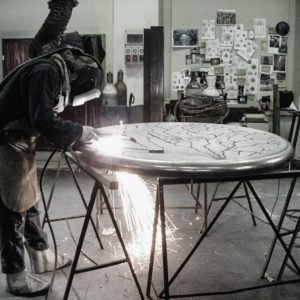 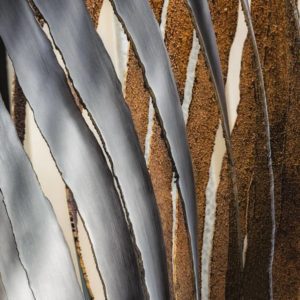 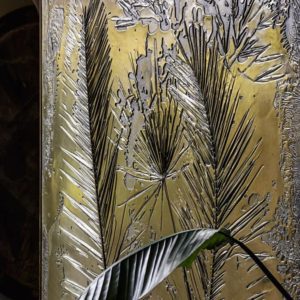