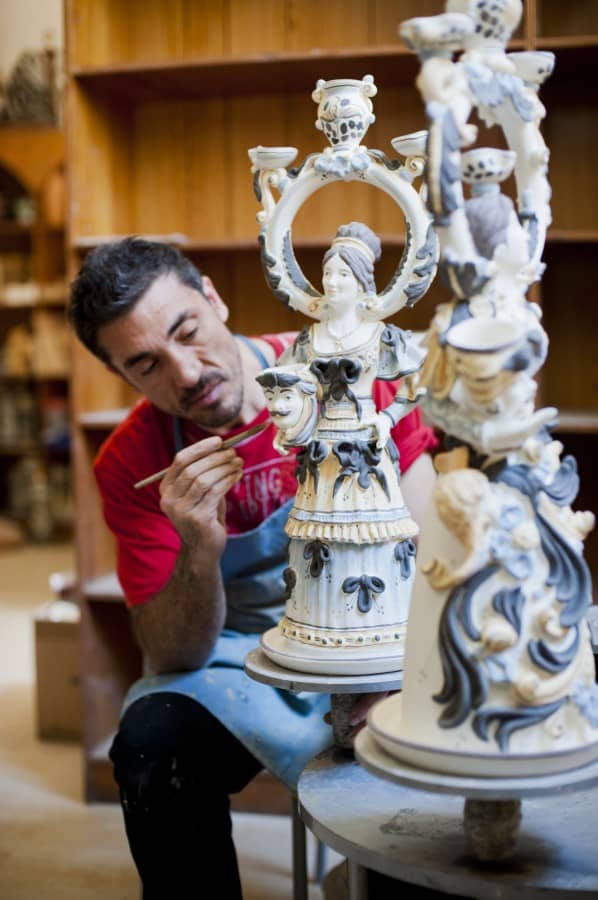 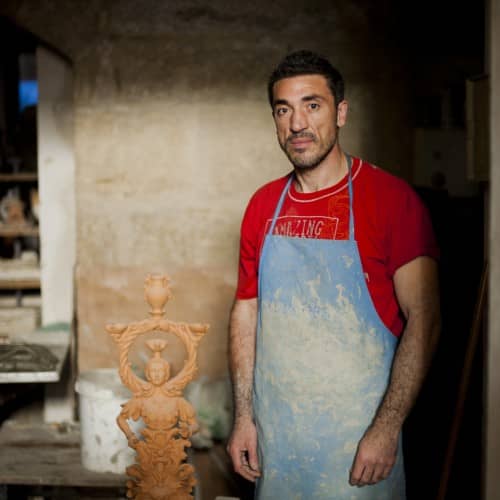 The custodian of Caltagirone’s age-old ceramics tradition, Morales defines himself as an inquisitive researcher in visual arts. Even as a five-year-old, he already had “his hands in everything” and expressed his creativity through shapes and colours.
Today, he is the owner of an atelier in the historical centre of the Sicilian town where he creates vases, lanterns, plates and sacred-art objects. In the adjoining shop he displays both the typical anthropomorphic vases belonging to the town’s tradition and his own avant-garde renditions, alongside 13th-century early maiolica replicas. Each creation is an expression of both manual and intellectual work, of feelings and emotions. Highly valued by Italian and foreign designers, he has collaborated with architect Ugo La Pietra, with whom he created especially amazing collections. 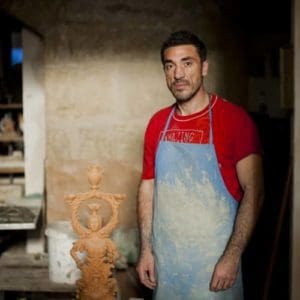 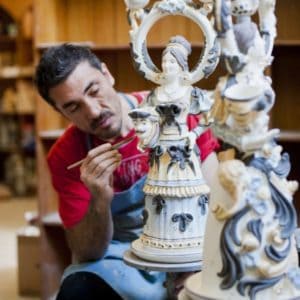 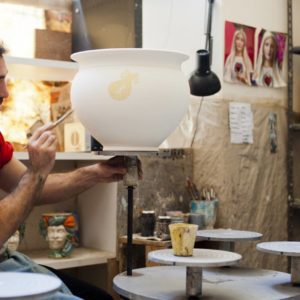